I read and review for fun. If you have a book you want me to read, private message me the info. I accept Kindle ebooks & physical books.

This was over all a fun read, though at times felt a little slow. 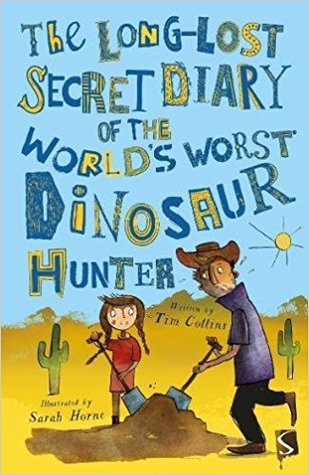 In my opinion, it felt like it was missing a lot of details and actions. I could not get a clear picture of the surroundings or characters. However the descriptions of the bones and dinosaurs was handled really well.

I liked the main character. She was spunky, spoke up for herself and knew what she wanted to be and didn't let stuffy scientist guys stop her.

This is a fictional take on what if a little girl discovered some of the most known dinosaurs. The story was cute, there was segments that told the true facts of the dinosaurs she discovered, which I found really neat.

Any dino loving kid sound read this and hopefully it turns into a series of kids doing great things.

But, let's forget about age; anyone who enjoys middle grade may like this book. It is well written and if you like diary format, that is a plus. I also want to point out that I loved the artwork by Sarah Horne.